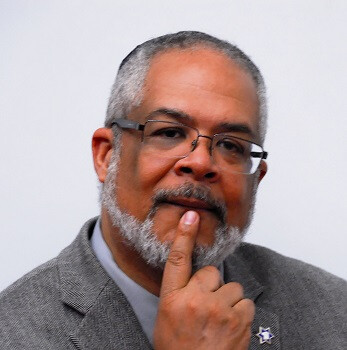 Roeh (Pastor) Ralph shares the oversight and shepherding of the community of Ahavat Yeshua with a plurality of elders. Laboring in preaching and teaching, he fulfils the role as the senior teaching elder. He has been a part of the Messianic Community since the early 80’s and has served as an elder for over 30 years.

He first came to faith in Yeshua in 1978 while enrolled in a dual degree science and engineering program between Hampton Institute and George Washington University. Although raised in a Baptist home, he became an atheist at the age of 12 and began pursuing science, ascetic mind sciences and religions.

He arrived at Hampton as an atheist, practicing a form of Zen Buddhism taught to him in his teen years by his martial arts instructor. In his 2nd year of college, through some encounters with the Holy Spirit, he renounced his atheistic beliefs and Zen philosophies and accepted Yeshua as the risen Messiah, his Savior and the Lord of his life.

A little over a year later, at George Washington University, he became involved in a campus Christian outreach ministry founded by a Jewish believer in Yeshua. Roeh Ralph was already researching the Jewish roots of the faith in Yeshua and was excited to meet a Jewish believer who could provide him deeper insight. This Jewish believer invited him to visit Beth Messiah Messianic Jewish Congregation in Rockville, Md. On Roeh Ralph first visit to Beth Messiah, he heard a voice speak to him that Messianic teaching and community would be his life calling.

In the early days of Beth Messiah, he took many courses under Messiah Yeshiva, which was later renamed Messiah Biblical Institute. By the mid 80’s he came under the oversight of Rabbi Michael Rudolph and worked by his side serving as a Deacon/Shammash to help start Ahavat Yeshua in Washington DC.

During those years, he also met his wife Sandra and was married under the chupah by Dan Juster, the then senior leader of Beth Messiah Congregation (BMC) and founder of Tikkun International Ministries. God blessed him with four children: Jonathan, Rebeckah, Benjamin and Joshua and adopted and biological grandchildren.

In subsequent years, he was raised up as an elder and then later ordained as a Messianic Rabbi. Rabbi Michael was later called to serve a sister Messianic Congregation and Roeh Ralph took on the “leader among leaders” role at Ahavat.

As a tent maker, he also holds a full-time job as a Senor Software Engineer for a local science company. His heart is to see people, both Jew and Gentile, come to know the fullness of the life in the New Covenant where God writes his Torah in their hearts and minds, forgives them of their sins and transgressions, gives them a new heart and new spirit and brings them into a relationship with him as a people who by the Holy Spirit are led into righteous living to know God from the least to the greatest.

return to Our Staff